The last few months of Grapevine has been fairly slow, but I’m getting back around in the swing of things and finally feel like I have enough small things to talk about in an update post!

If you’re new please check out the ExVenture & Grapevine Patreon page and consider supporting to help pay for servers or get your own hosted instance of ExVenture!

These are pretty neat to see with real statistics. You can see player count fluxuate as they come and go during the day and night. I’m looking at adding more historical data as well, but there is only ~8 months of data on the server so there isn’t a huge use right now until more data builds up.

Below is a screen shot of the later two charts:

During June, I updated the web chat client to not suck. I’m pretty sure it was broken sometime after the merge of Gossip and Grapevine and no one noticed, me included. It is now much nicer, and looks very similar to the web client for playing games.

This merges the tab interface previously in place, to show a single stream across all channels, which is fairly similar to what you’d be expecting in a game connection. You can see which channel you’re chatting in with the select box next to the text area. You can swap channels by doing using a slash command to prefix your message (e.g. /gossip hello, to switch to the gossip channel and say hello.) 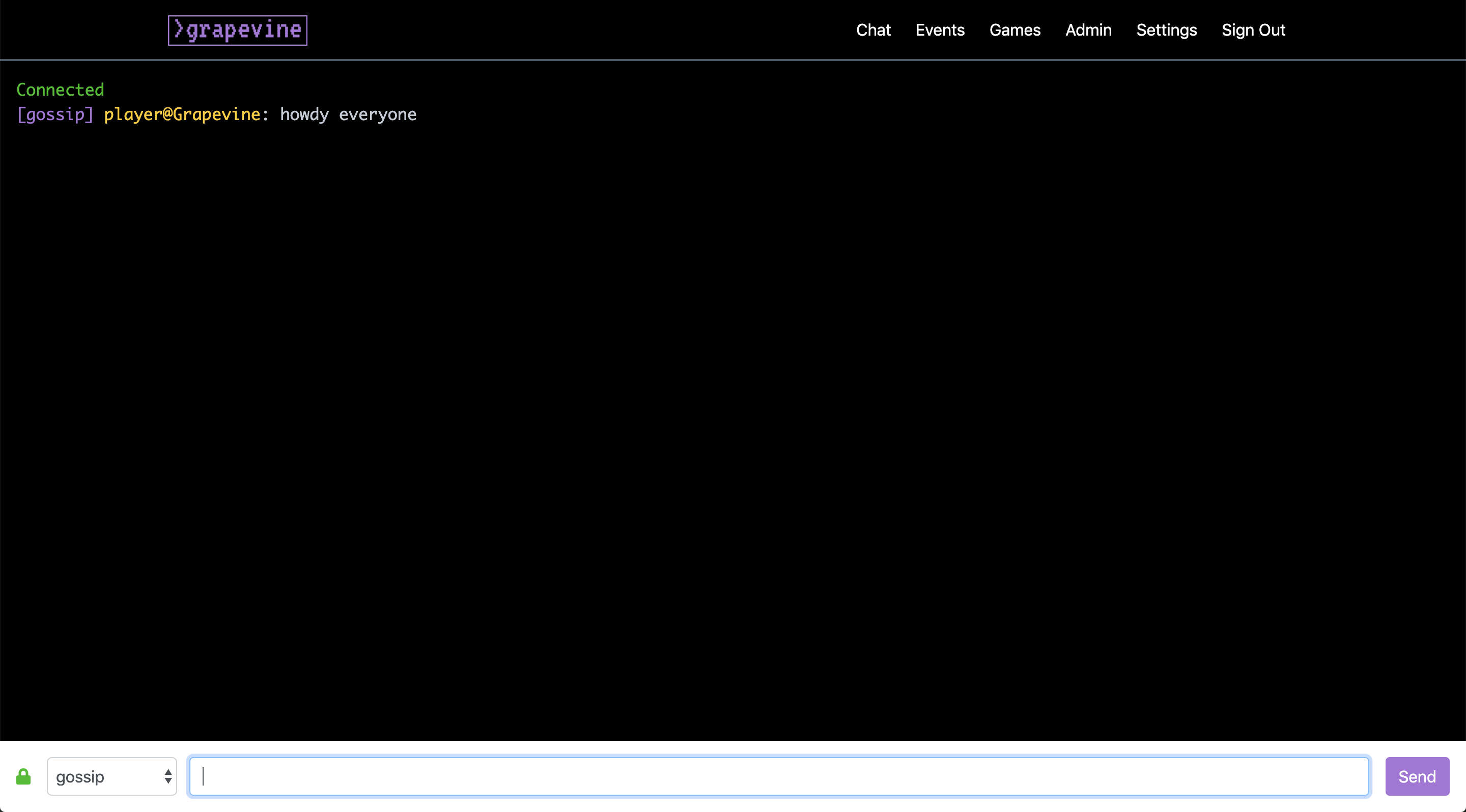 We have a few new patrons this month, welcome! Thanks for supporting both ExVenture and Grapevine. If you would like to support both projects, check out the Patreon.

Titans of Text has had a lot of episodes come out. If you’re in the MUD community and want to be on an episode, reach out to us! We want to have you on.

I’m still starting to slowly get back into growing Grapevine again and I don’t want to jump too deep back into it to completely burn out. So I’ll most likely keep doing small tasks and possibly work on some clustering stuff from before as that’s pretty exciting.