The last month of ExVenture kicked back in action now that Gossip is mostly stable. I tried to stick to a general theme of bug fixes and world building additions though. I wanted to get MidMUD read in advance of ElixirConf.

Just because I let Gossip “sit”, doesn’t mean I didn’t work on it! There were a few minor features that got touched on.

The home page now features a random connected game to be highlighted. Any game that is connected and has a home page url might show up on the front page. 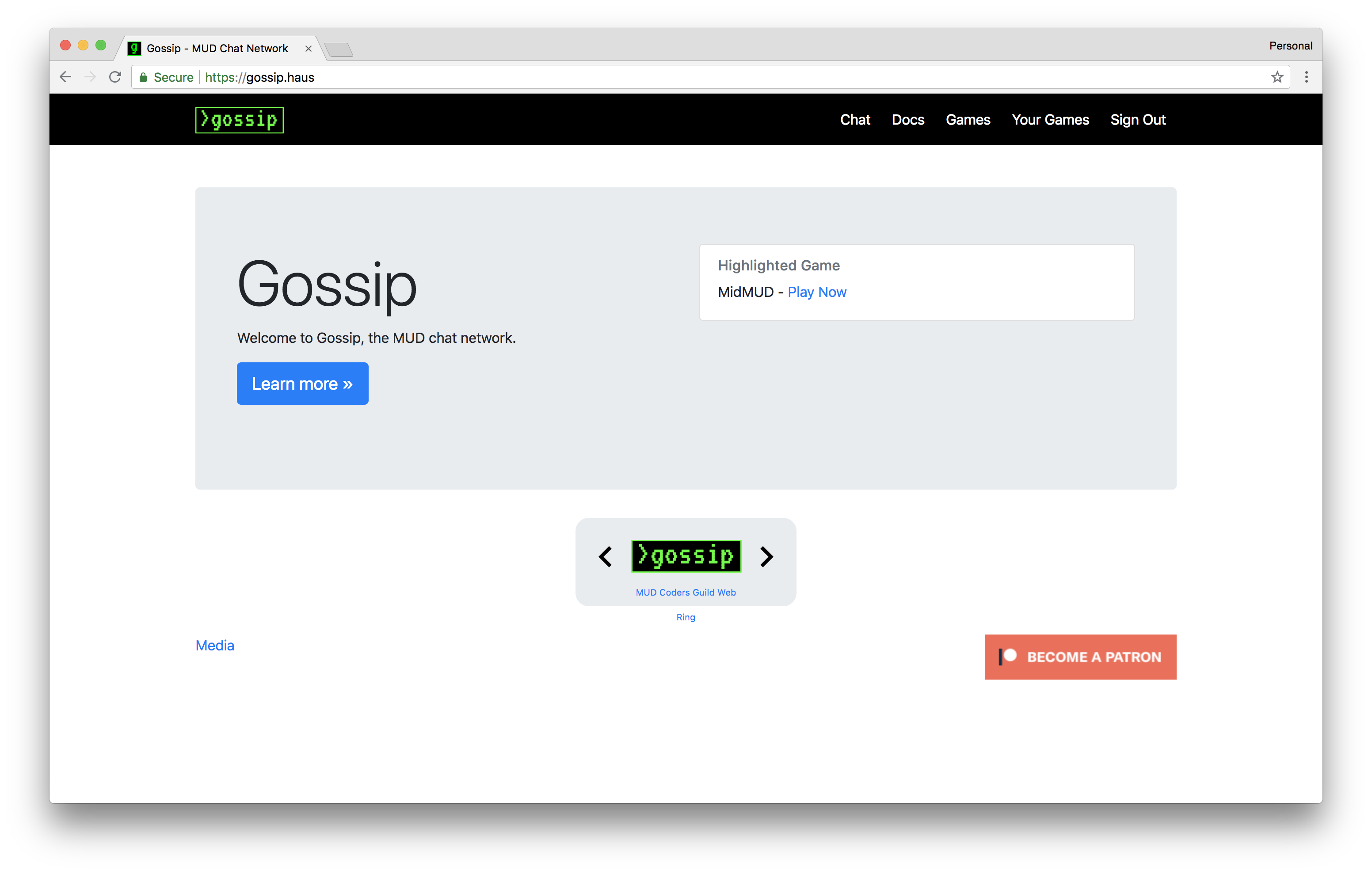 Gossip also got a cleaned up README since a lot of people mistakenly thought you needed to install NodeJS to connect. This was on the README as a requirement, but as a requirement to start the server itself.

There is a media page that contains a footer you can add to your homepage if you’re apart of the network and want to show it off.

The Elixir client got some updates as well. There were a few bugs hanging out related to the player list. If a game went offline completely with players attached, they would never go away from your games list. The list gets sweeped regularly for games that haven’t been seen in a while.

There were a few multi-node bugs that got cleaned out in preparation for my ElixirConf talk. I wanted to make sure that this was very stable before getting on stage to talk about it. The raft leader selection had a few small bugs in it. If a node went offline zone rebalancing wasn’t actually happening (which is bad.)

Everytime a node came back online, a new election was triggered, no matter what. This one wasn’t a horrible bug per se, but having the leader force itself should have been enough.

The world leader also now checks to see if all of the zones are online now periodically. I had noticed once that MidMUD had a zone down after a node died. I don’t really know what happened, but scanning for all zones being online shouldn’t be a bad thing.

I also found a slight issue with using :pg2 as a world leader list. Occasionally :pg2 hadn’t caught up with the node dying before the world leader was trying to rebalance. Which resulted in the leader calling a dead node. I got around this by first filtering out the members list against the connected node list.

I was curious about the possible performance of MidMUD during ElixirConf. Of course it will be a huge hit and everyone will be signing into it, so I wanted to make sure it could stand up to the brunt of that.

It’s a good thing I did look into this as before any changes ExVenture completely fell over at about 230 connected players. After a few tweaks I was able to push this to 1200 connected players before it fell over due to RAM usage (how crazy is that.)

I will expand upon the changes I did in a future blog post. I don’t want to give it all away in this!

Until then, you can checkout ou Venture Bot which is the bot framework I set up to connect as a player to ExVenture. 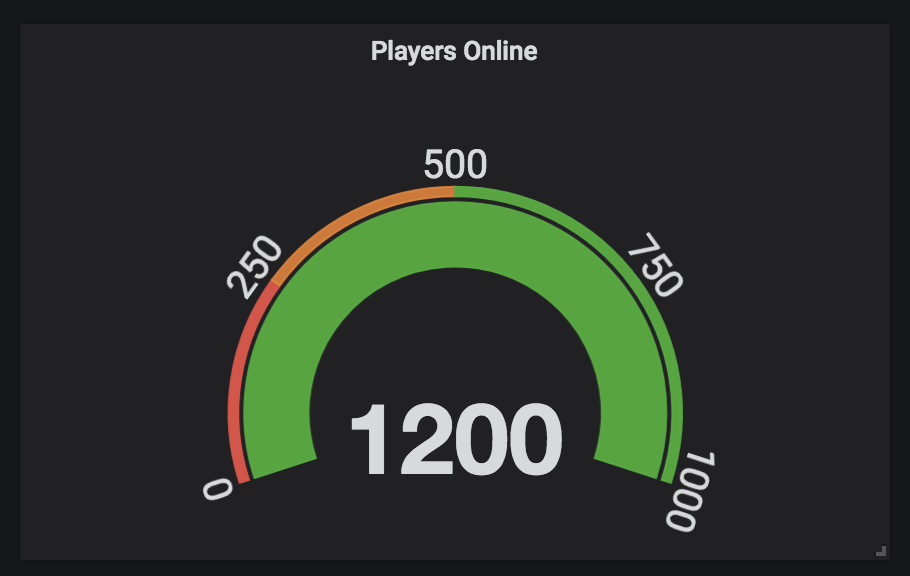 No one could figure out how to complete a quest, which is my bad. I updated the hint system to let the player know whenever a quest is completable and also displays exactly how to complete that quest.

In addition to completing quests, picking them up was also a tad confusing. The hint message for NPCs talking to you was also updated. This will display only once per sign in.

HINT: You got a tell from an NPC. This might be the lead up to a quest. Please read carefully what they are asking about and you can {command}reply{/command} with your response.

With any luck these two hint additions should make questing much more accessible.

The templating system got a decent set of additions. There is now a context struct that is very similar to a Phoenix conn struct. You can pipe it through a set of assigns and then finally “render” it through a template string. This makes it nicer to read in the code and I think removes some complications in calling template.

A few extra variables are available in room descriptions, such as the name of the room and the zone.

Every NPC, Item, Room, and Zone are also available to template in a lot of game strings via a new global resource template system. I was referring to a lot of these resources in quests and room descriptions on MidMUD and finally got annoyed enough while constantly renaming things to fix the problem.

Now you can refer to any of those 4 resources with [[room:1]] in game strings (the admin will say if it’s available) and the templating system will find room 1 and print its name.

The final “big” thing for the month was an addition to quest scripts. You can now mark a line as triggering to another line with a delay. This lets you break up huge blocks of text with multiple tells, eventually leading to a line that has listeners or triggers a quest.

This was fun to add as the outcome was much more realistic in chatting with an NPC.

This was a pretty big month for ExVenture and Gossip. The cowboy websockets blog post was picked up a few places and a lot of people found out about both. The discord server has gotten a few new people, some of which are new to Elixir and looking forward to learning it through ExVenture which is great!

If you’re interested in joining the server to talk about ExVenture, this is the Discord invite.

I also have stickers if anyone spots me at ElixirConf next week.

With ElixirConf over after the first week of September, I might get back to bigger features. I would like to split characters apart from users, which is a huge refactor. But a refactor that has been waiting for a while. Some of this move was started with the tweaks that pushed ExVenture to 1200 players.