The last month of ExVenture had a lot of updates to clustering and some extra world details.

The biggest new feature of ExVenture in the last month is the improved support for erlang node clustering. I started with adding libcluster to join nodes together. Then I had the world start spanning the cluster via a really simple leader election.

Next up was using pg2 to have the player registry and send cache updates across the cluster. The last step was using :global as the registration mechanism for world processes. I tried out swarm for this but it had some weird properties of restarting all of the processes when a single one died.

The most recent step was implementing the leader election of Raft. It’s mostly done, but it should handle rejoining nodes and adding nodes to the cluster. Once a leader is picked, I have a set of modules that get called on the winner node. On start up this will spin out the world across the cluster.

Early on in the month I added custom damage types and damage resistances. Each damage type has an opposing stat that reduces the damage. This step also added an “echo back” of the damage that was actually applied. A character calculates the effects to send over, sends them, and hears back what actually happened.

This is easier to show in pictures than text. 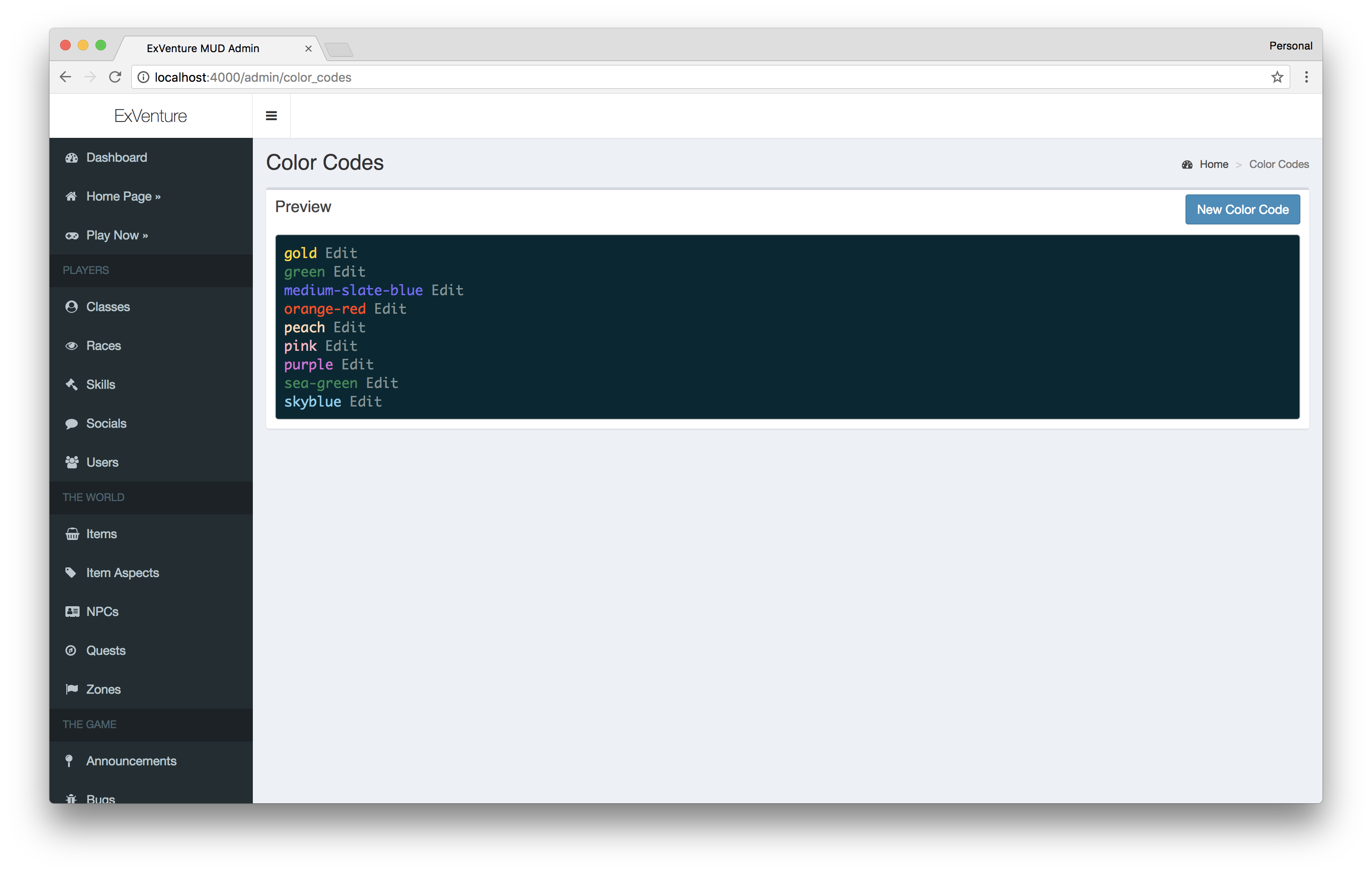 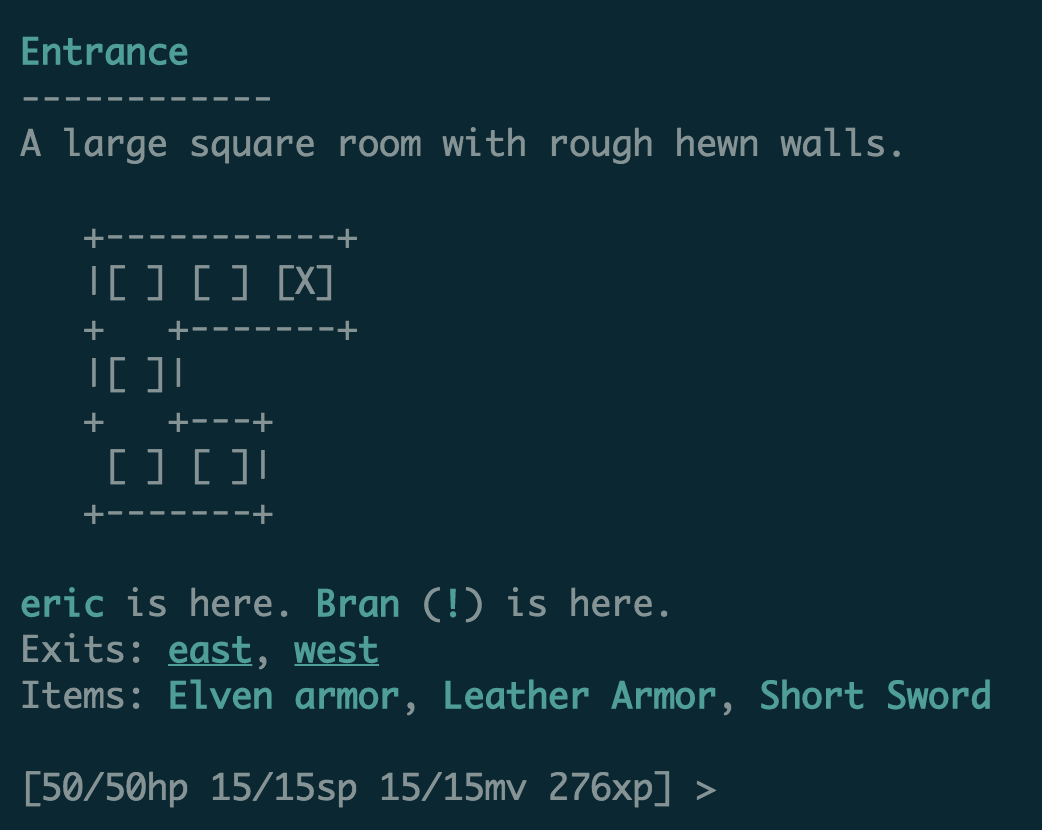 A new command was added, listen. This lets you tune into noises that are in the same room as you. This feature has lots of room to grow as more things make sound.

NPCs can change their status line and listen text via emotes now. As part of this they set a status key to eventually enable gating of events they do. Such as they only start combat if they are in a certain “mood” and can get out of it later on.

For next month I want to continue with the distributed part of ExVenture. I definitely need to get the world rebalacing as nodes fallout and re-join the cluster. I would like to continue with the other game additions from this month. Listening and the npc status engine are both very good foundations for a lot of extra features in the future.

Once I have more work in the clusting of ExVenture I want to do a deep dive blog post.